So before I talk about my trip to America, and for this post specifically I’ll be talking about my two days in Boston, I just want to lay down a bit of backstory as to why me and my mum even went. When my mum was fifteen, she did a school exchange program with a family in America and visited them numerous times, as well as one of the four daughters visiting her home in England too. Ever since then, she has kept in good contact and when I was four years old she took me to visit them for the first time for one of the daughters’ weddings.

This time, it was just going to be mum visiting them for Thanksgiving, however she decided to add me in to the holiday too as my eighteenth birthday is next week so we decided to combine the trip as a birthday treat. I’m extremely grateful to be able to do this and I’m excited to share what we got up to. 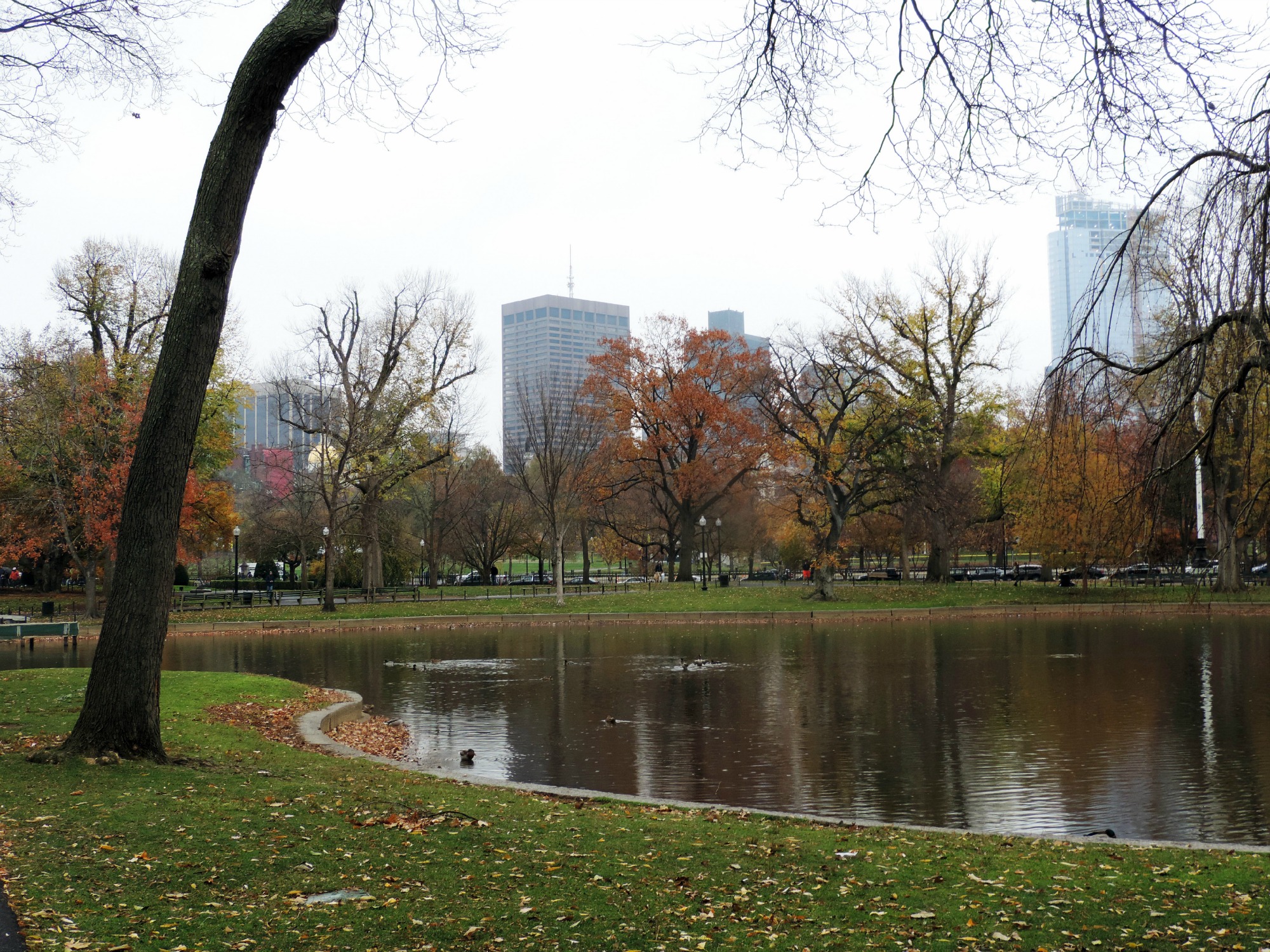 On Saturday 21st, me and mum got on the coach at 1:30am and travelled to London Gatwick airport, arriving at 7am!! We were super early for our flight, as last time we missed it and didn’t want that to happen again!! I was so exhausted as I didn’t get much sleep on the coach and it was around 24 hours that I’d been awake already, and due to having an illness called IBS and having extremely low energy levels and generally being exhausted most of my life, I was struggling. But after 5 hours of waiting in the airport, we got onto our flight to Iceland as we found the flights were cheaper with the stop off in the middle. Then after a weird one hour stop off at the airport in Iceland, we got on to the long haul 5 hour flight to Boston. 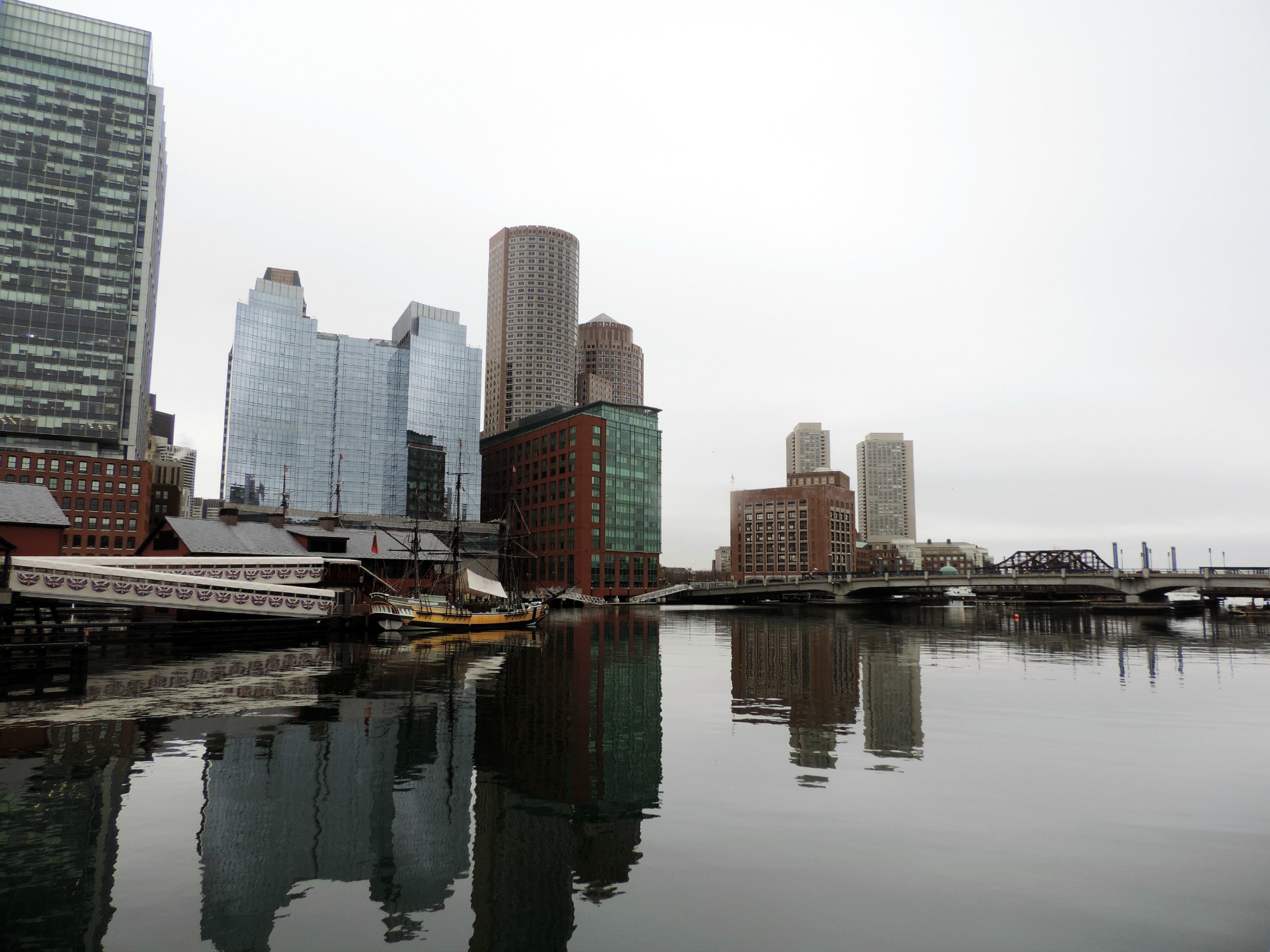 We arrived at our hotel which was absolutely beautiful. It was the Seaport Boston Hotel, and mum managed to get a cheap deal for our room online. Me and mum were in shock as we came to the gold-plated doors in our baggy travel clothes!!! We also visited the hotel’s restaurant before going to bed, and we had a lovely meal. I had bacon-waffles and fried chicken which was so delicious!

The next day, we woke up early due to jet lag and I decided to look online to find somewhere to have our breakfast in Boston, as I didn’t want to just always eat at the hotel. After much searching, I found the South Street Diner which had great reviews. 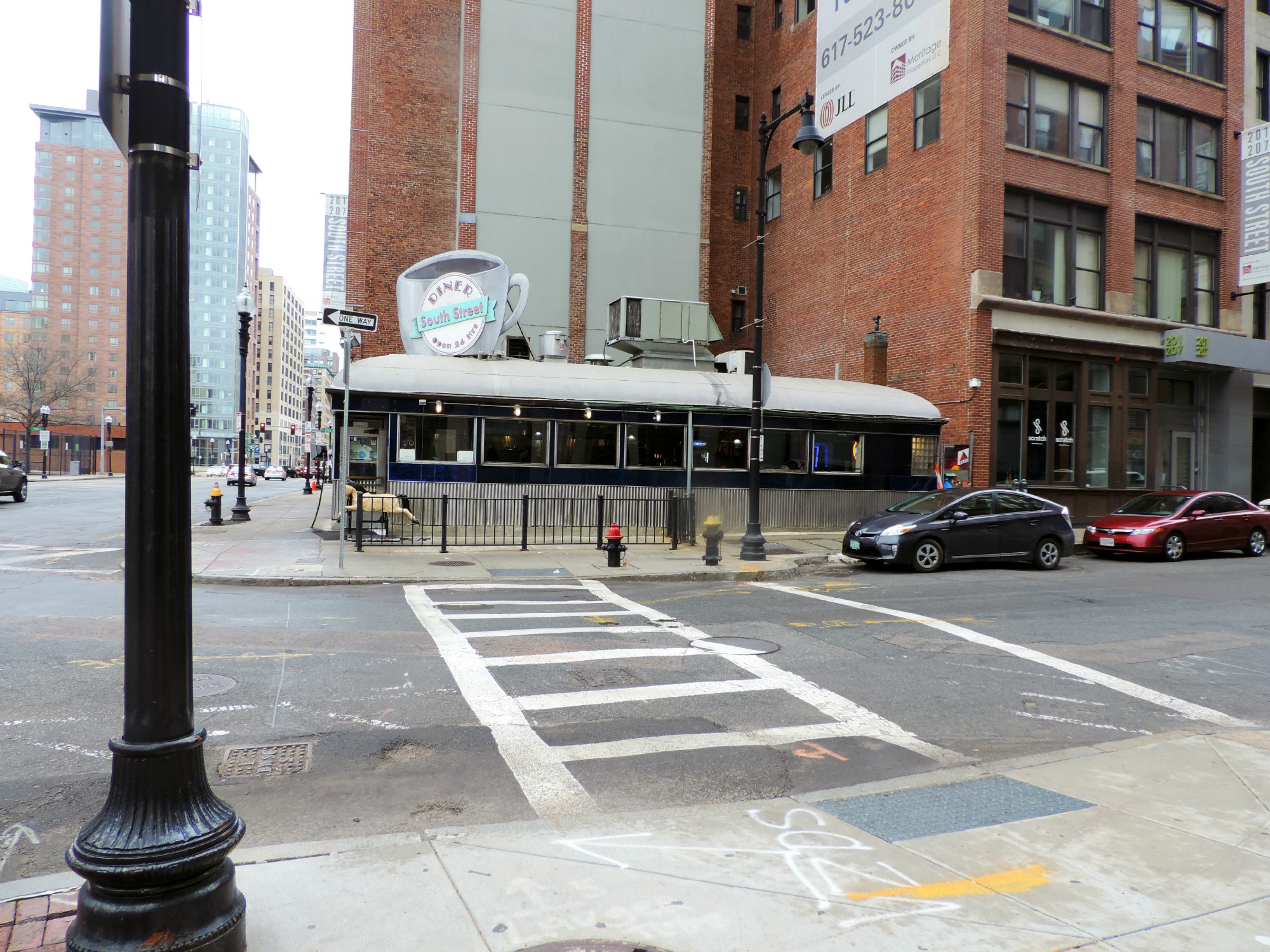 I had chocolate chip pancakes with strawberries, and mum got blueberry pancakes with a side of bacon. It was honestly so delicious and I was so full up afterwards until around lunchtime!! I can definitely recommend visiting this diner if you’re in Boston looking for a unique experience. This is the nicest place me and mum found to eat nearby to the hotel. 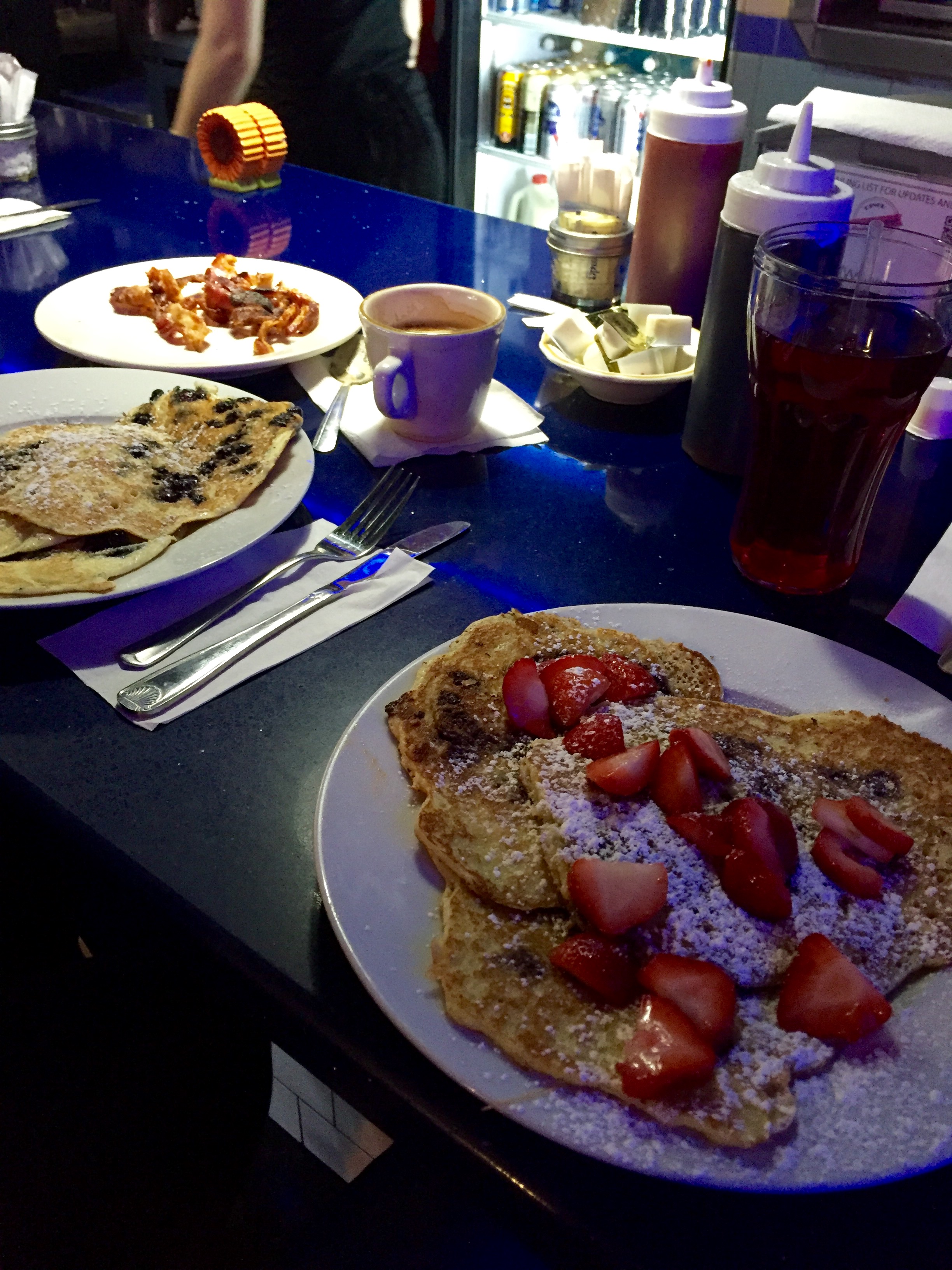 Next, I wanted to go to the Prudential Center to do some shopping and we were able to walk to there from the diner. It was so nice to see all the buildings as we walked. 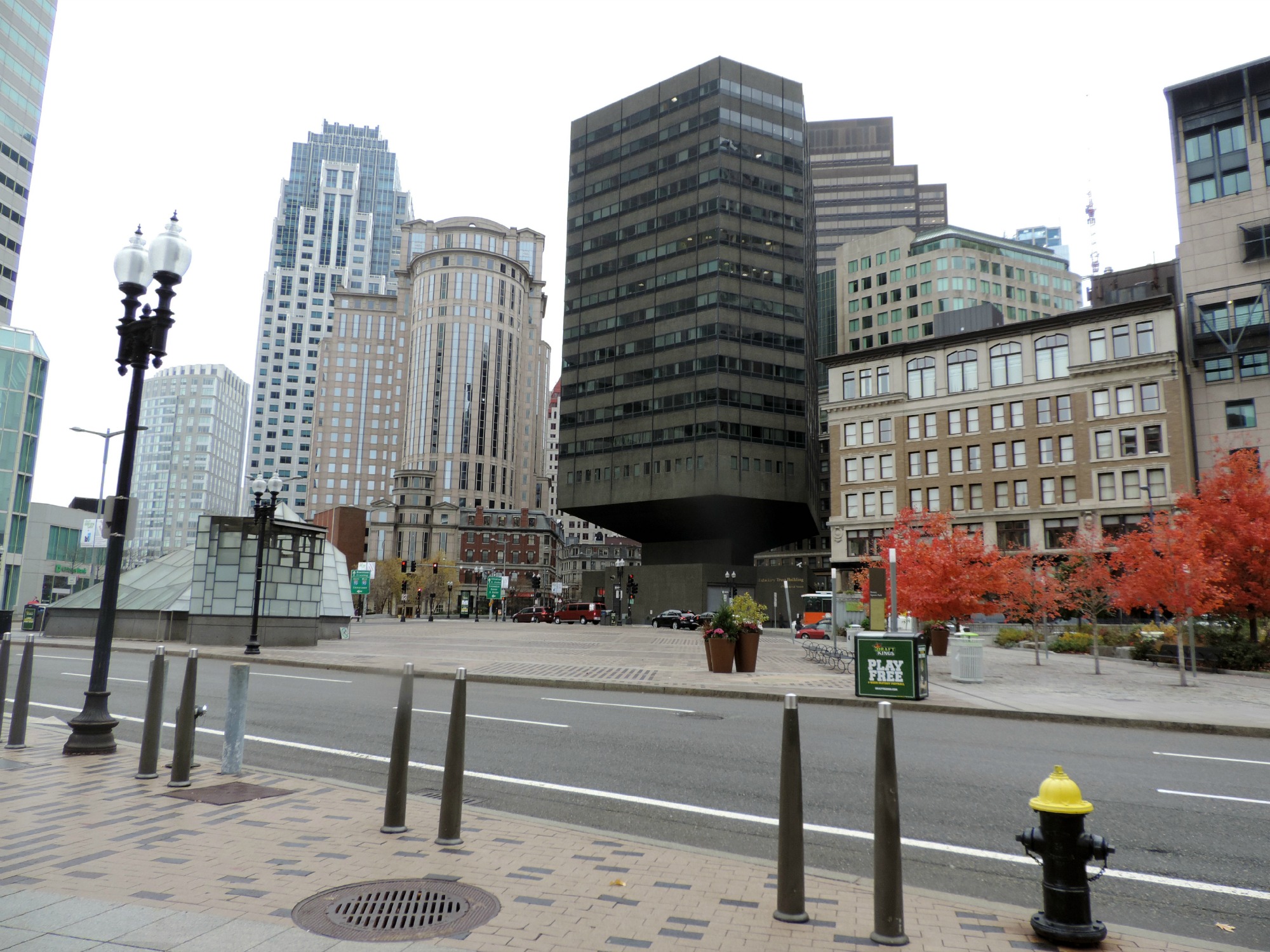 I think Boston is so beautiful. Sadly we missed the really amazing autumn (fall) foliage but there were still some bright orange leaves that contrasted beautifully with the buildings. I think that’s what I loved best about the city actually; the fact that there was so much nature between the buildings.

We spent ages walking up Boylston Street to find Sephora, as we don’t have it in England and I had compiled a list of things to buy with my birthday dollars that some generous family members gave to me as an early present. We eventually found it after almost giving up, and I went a little bit mad in the store!!! Never have I seen so many beautiful products in one place. I will write a separate blog post about all the products that I got, along with a Sephora makeup look once I get back to England. We then went to H&M and also went on a spending spree here, but everything is so much cheaper in America and we totally wanted to take advantage of this. I haven’t been able to buy any clothes for a long time so this was really appreciated and needed. I will do another post about all the clothes I bought, perhaps with photos of outfit ideas too.

When me and mum were walking to Sephora, we passed the Boston Public Garden and decided to visit there on our way back to the hotel. I’m so glad we did this because it was absolutely beautiful and I personally think the best photos I took were in this park. 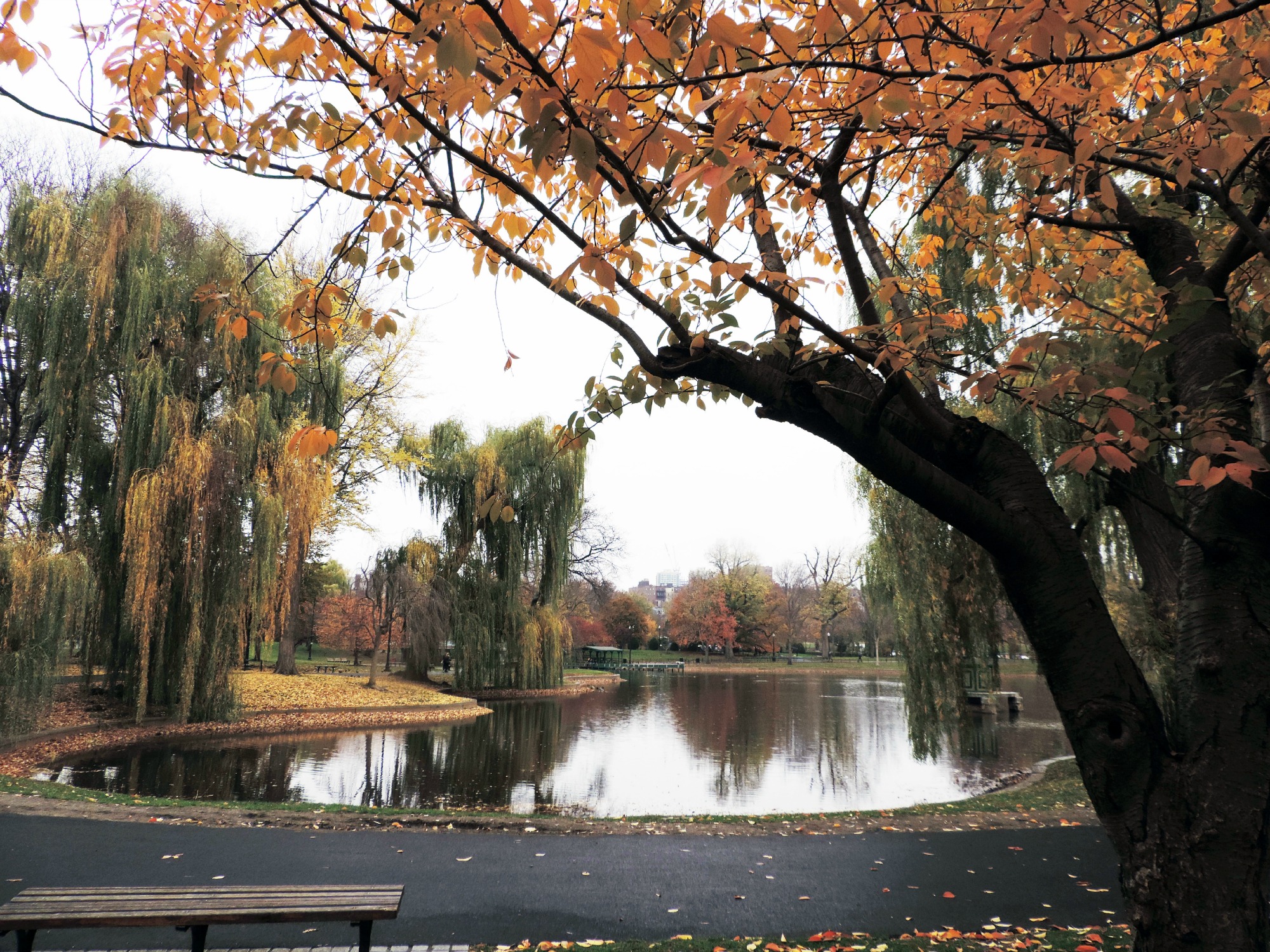 There were huge fat squirrels in this park which were so tame – we don’t have that where I live although I know the squirrels in London are very similar. They were just everywhere – one came up to mum and put its paw on her shoe which was pretty cute. Spot the squirrel in the photo below! 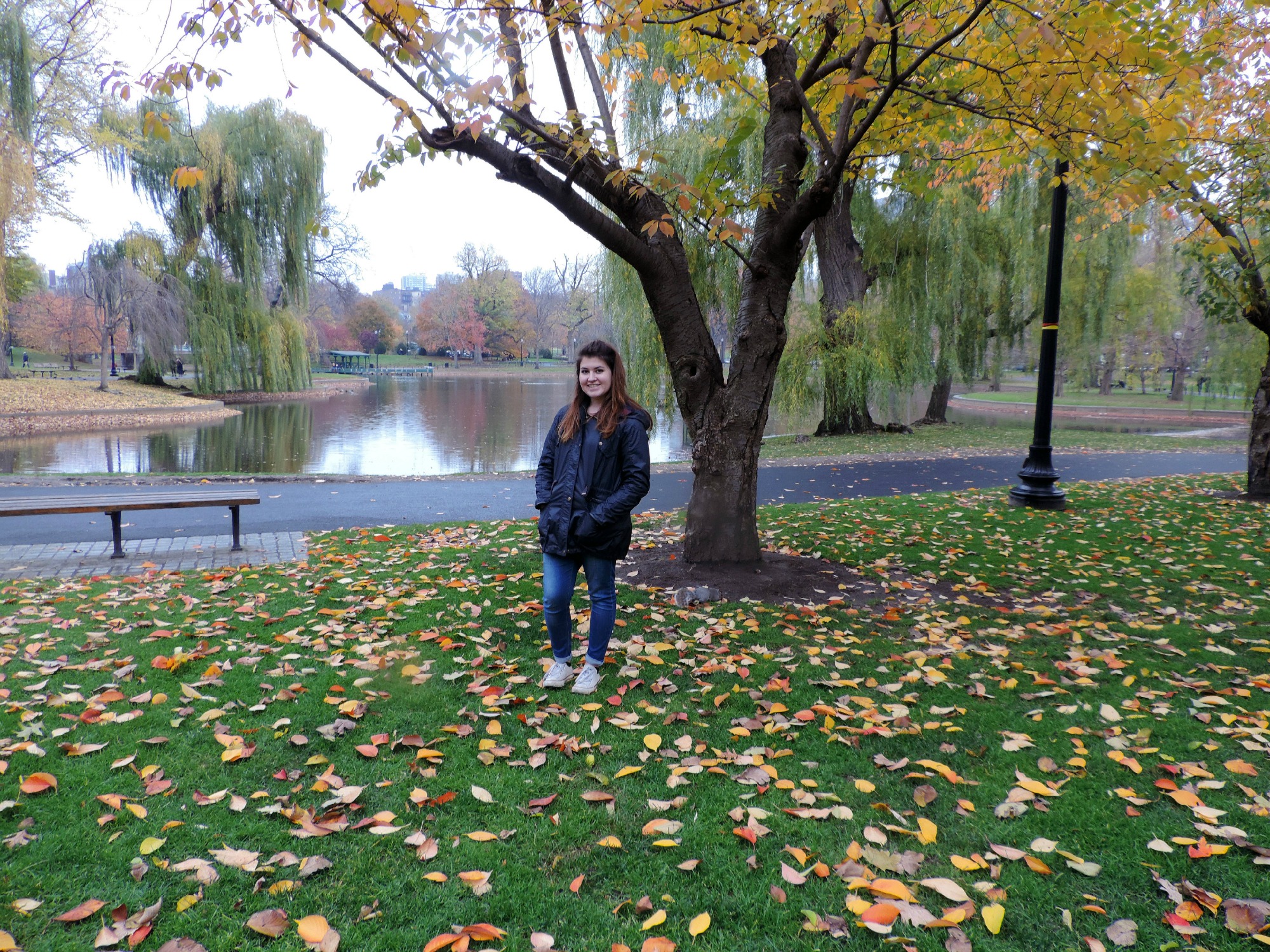 I live in a relatively small city back in England, so having a park in the middle of a bustling, huge city completely fascinates me. A small area of still, calm nature that was complete bliss to walk through. 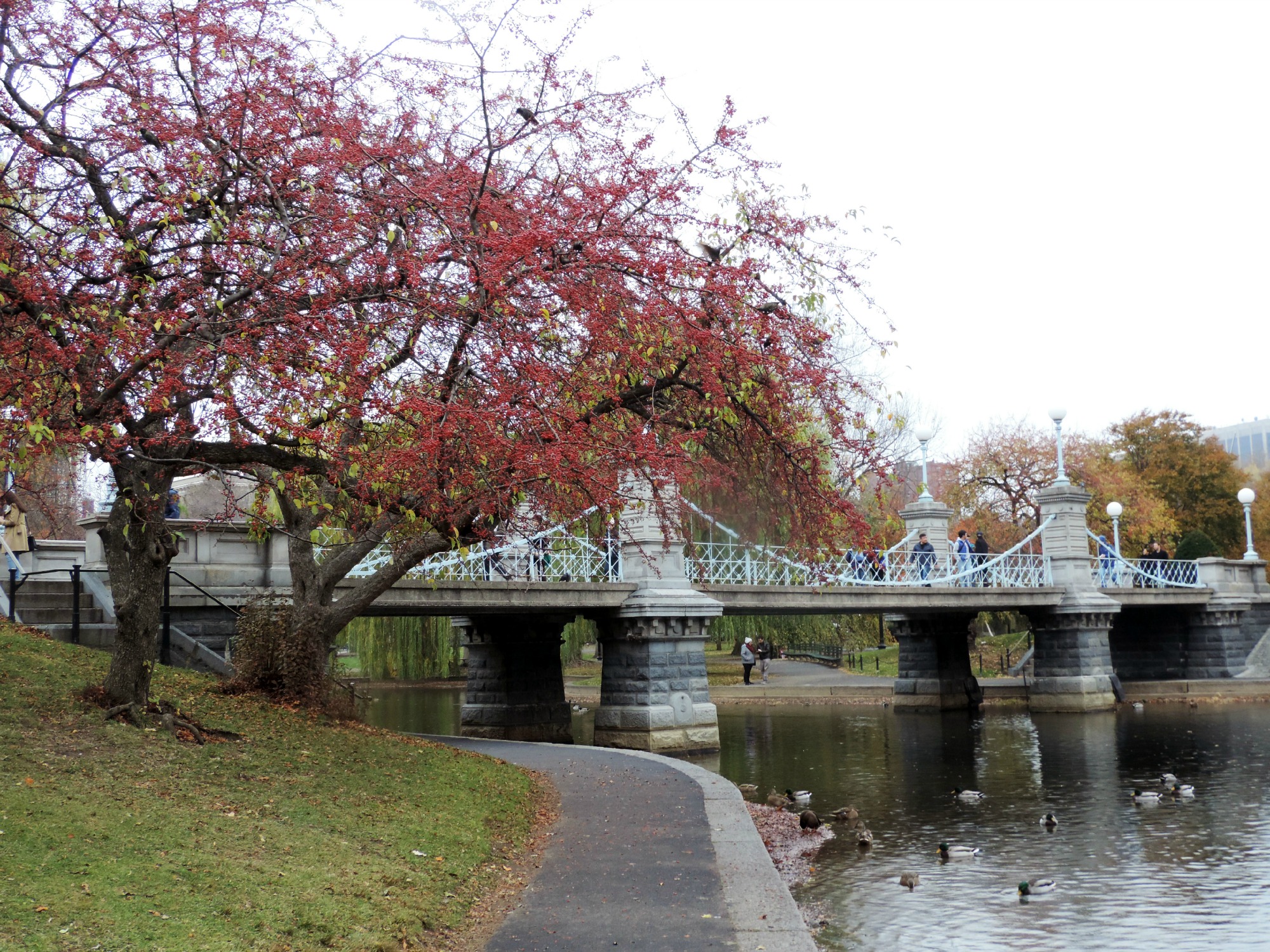 After this, me and mum were both completely exhausted due to jet lag and walking so far from the hotel to the Prudential Center with all our bags. We managed to flag down a taxi whilst attempting to walk back, and we basically just ended up chilling out back at the hotel. We had an awesome lunch in the hotel’s restaurant which is actually making my mouth water as I write this. 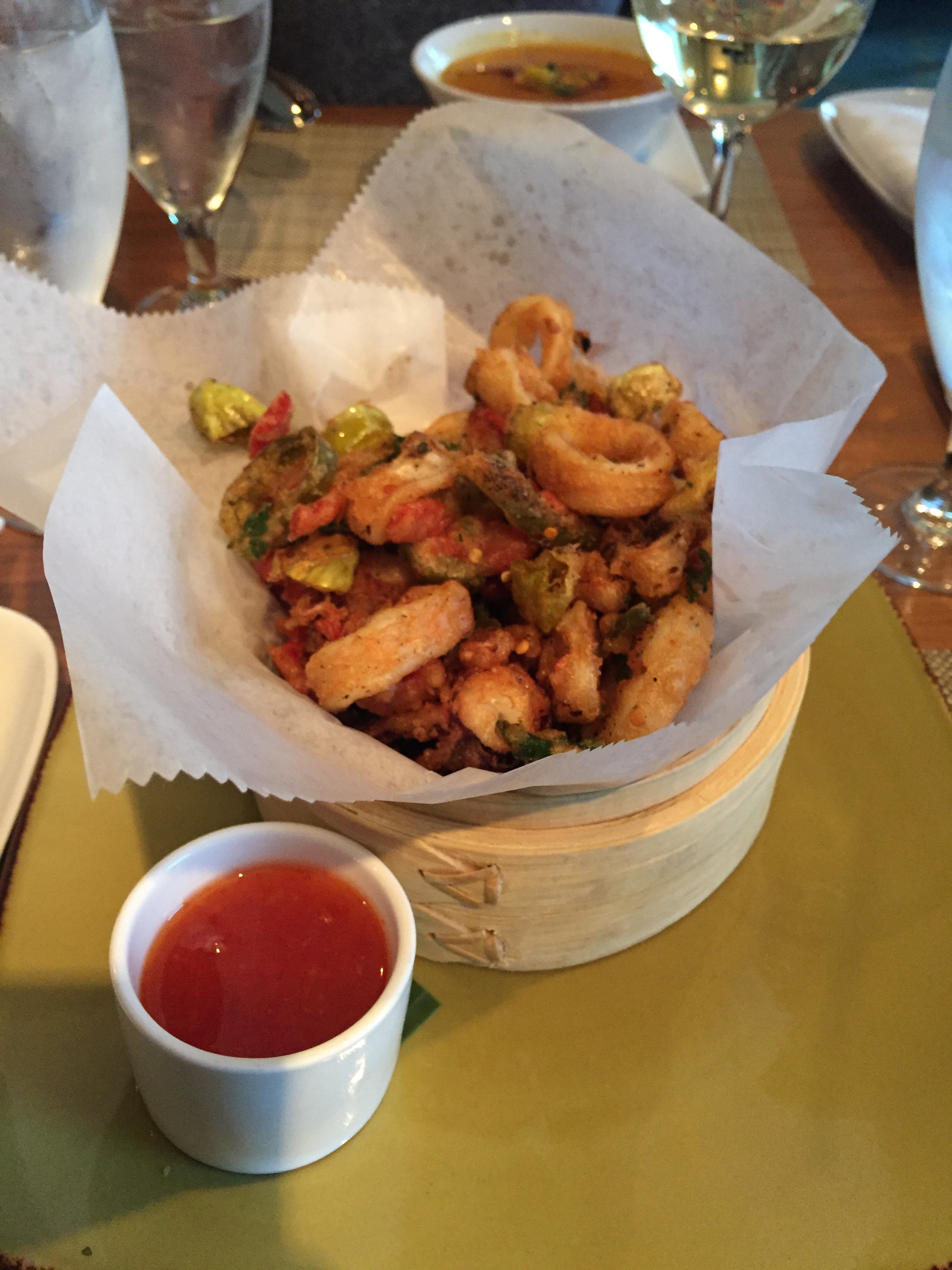 It was this delicious spicy calamari with a sweet chilli dip. I didn’t eat the hot jalapeños as they were too hot for me but mum hoovered them up for me. I believe she had a pumpkin soup or something, which you can see in the background.

For dessert, we had a big S’more with a scoop of ice cream to share and it was so nice. 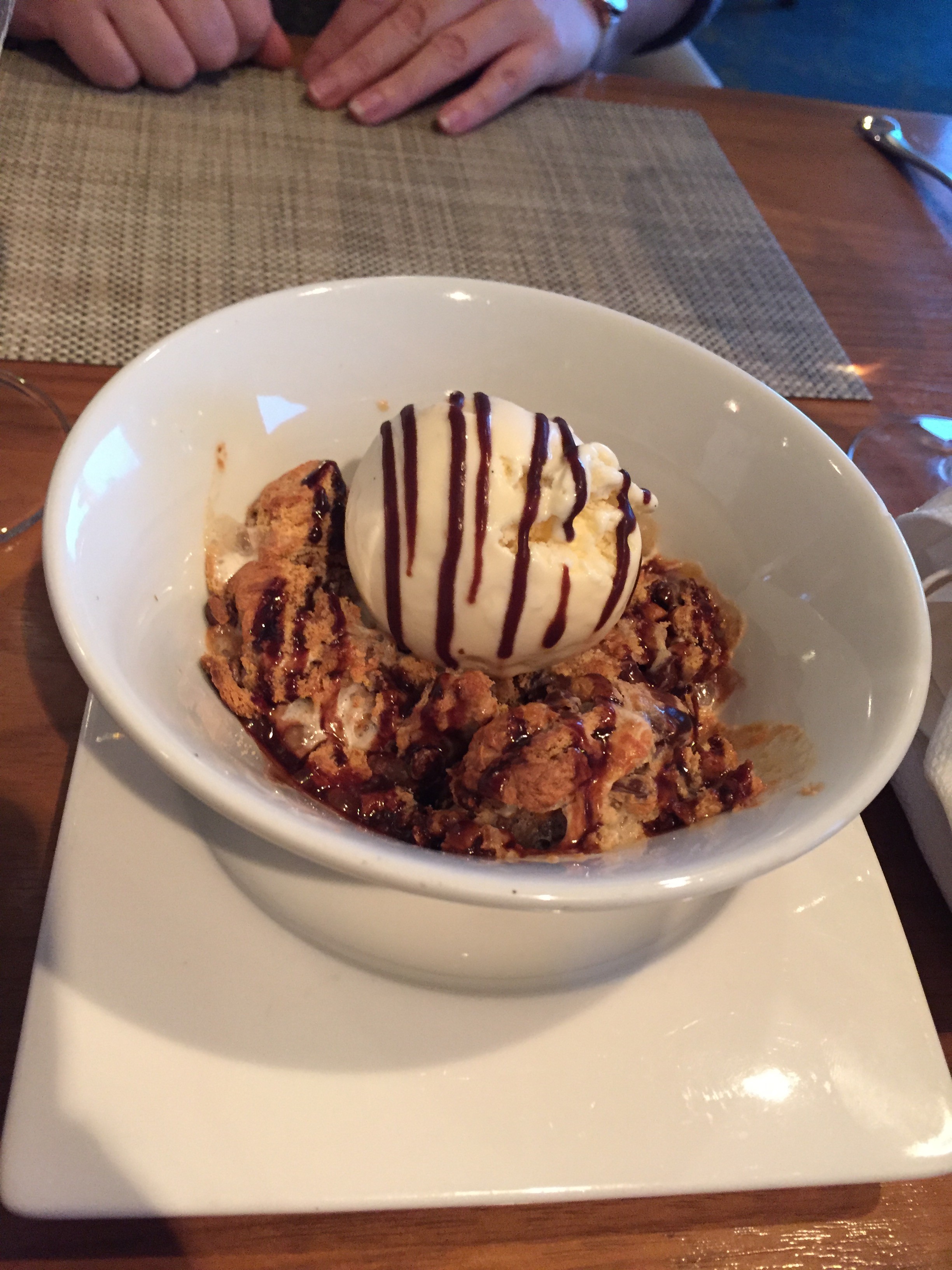 I feel like I’ve dedicated a large amount of this post to food but I can’t help the fact that I love food so much and possibly being able to help someone find a nice place to eat makes me happy!!!

One of the concierges in the hotel was ridiculously nice to us, and mum told him it was my birthday soon, and when we returned from lunch, I found a silver plate that held cakes and ‘happy birthday’ written in chocolate. I got quite emotional as I just did not expect that at all and it made my stay in Boston so much more special. 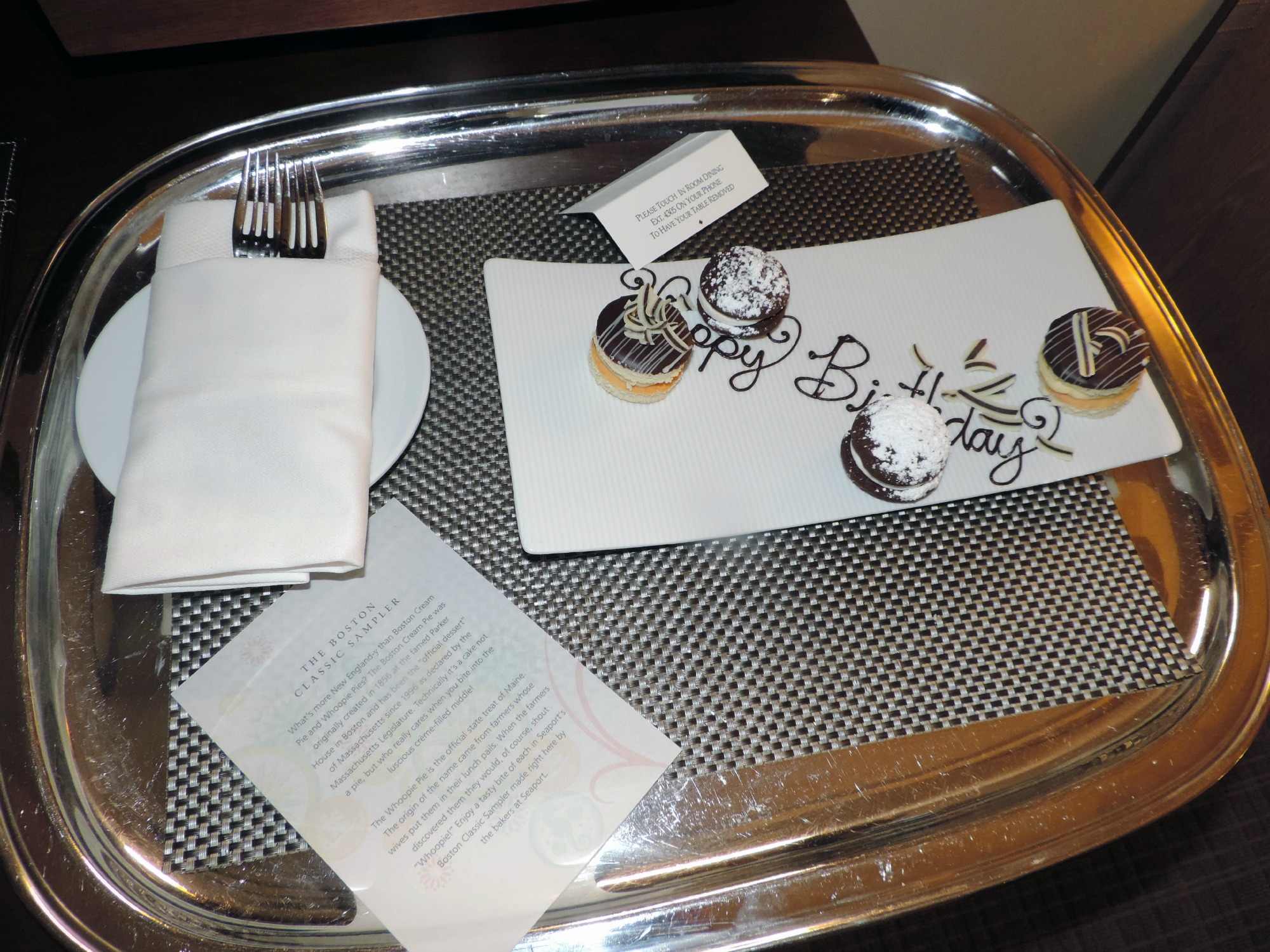 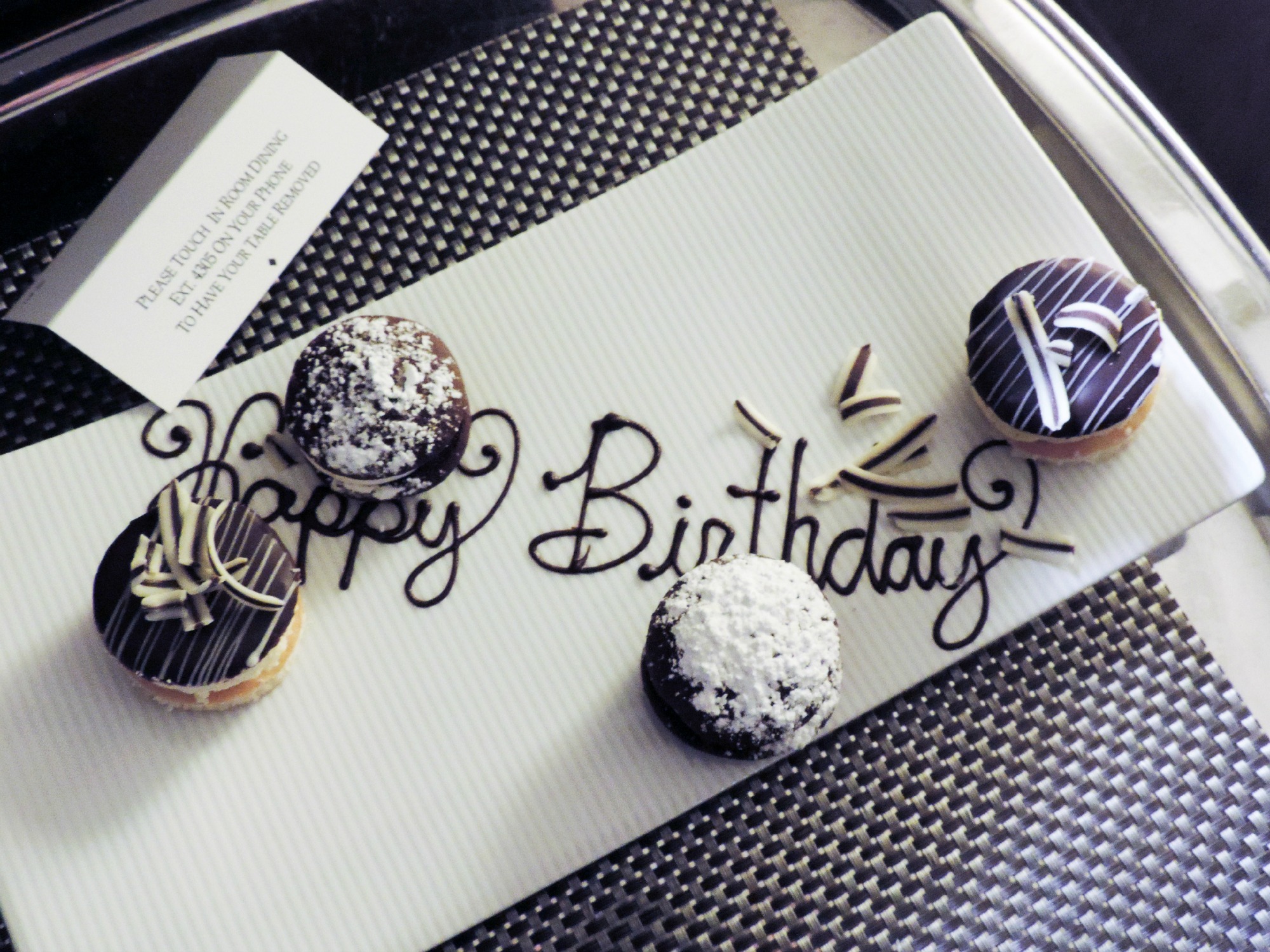 Unfortunately we didn’t do much else in Boston because of my tiredness levels but I really, really want to come back and have a look at some museums and art galleries in the future. I thought Boston was a totally great city to visit and I can’t wait to come back here again one day to explore further. 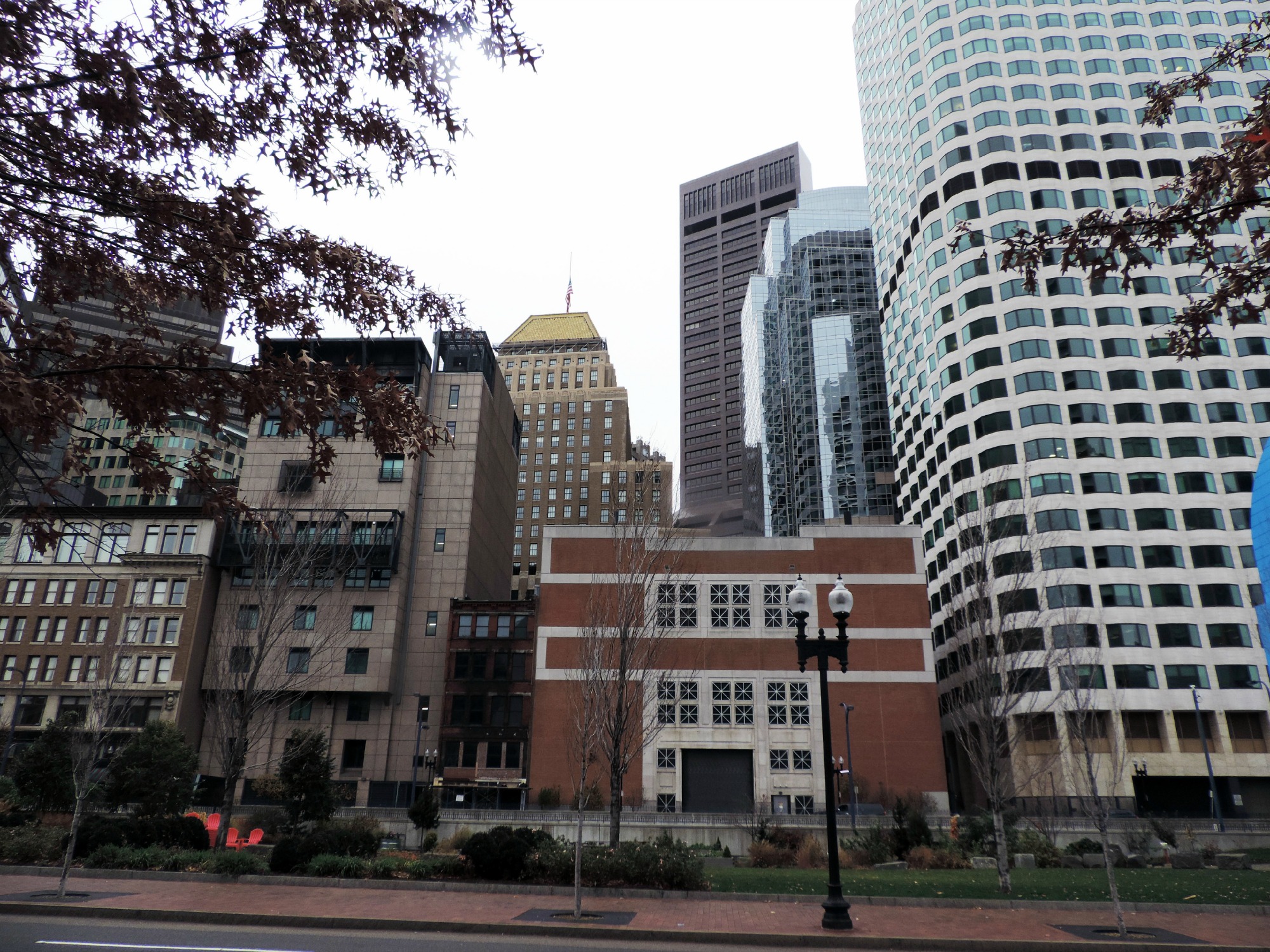