I’ve been bleaching and dying my hair pink/purple/blue since March of this year and believe me it’s been a complete learning experience the whole time. I am not at all a professional and even after a few months I don’t feel like I can confidently dye or bleach my hair and know for certain that the outcome is going to be great.

I’ve been using B-Blonde blonding kit to bleach my hair, however I’m not sure this is the best way to go. I’ve found it to be a thick mixture and because of this it quite often soaks/sticks to my hair too much and you don’t have enough formula to cover your whole head. I’ve ended up buying a four (!) boxes in one evening just to touch up my roots again (that surely can’t be right?!) which meant that my hair was done in sections at different times and ended up bleaching at different rates, so I had some white roots, some yellow and some light orange which is so frustrating considering it took such a long time.

I recently decided to switch to the Schwarzkopf bleaching kit, and let me tell you: this one is so much better than the aforementioned! It comes in a squeezy bottle which I personally think makes the process a lot easier (for roots specifically), as well as having more of a liquid formula. It took just under an hour to bleach all of my roots and I left it on for about 30-35 minutes and was left with a great result! We only left one tiny, tiny patch on the back of my neck which is nothing compared to the huge patches and gaps I got when using B-Blonde. If you’re not sure which bleach to get; out of the two I’ve tried, Schwarzkopf is so much better!

As for the colour itself, I’ve used three dyes so far: Schwarzkopf Live, Arctic Fox and Crazy Color. I actually really liked the Schwarzkopf dye, which was the first dye I ever tried (I only ever used the purple and pink – although I do remember buying the dark blue dye to mix with the purple to make it less pink based) and the colours are beautiful and easily diluted with conditioner to make less vibrant colours. The colours stuck to my roots for weeks but washed off my ends really quickly so I was left with sort of strange pink-white hair for a while. 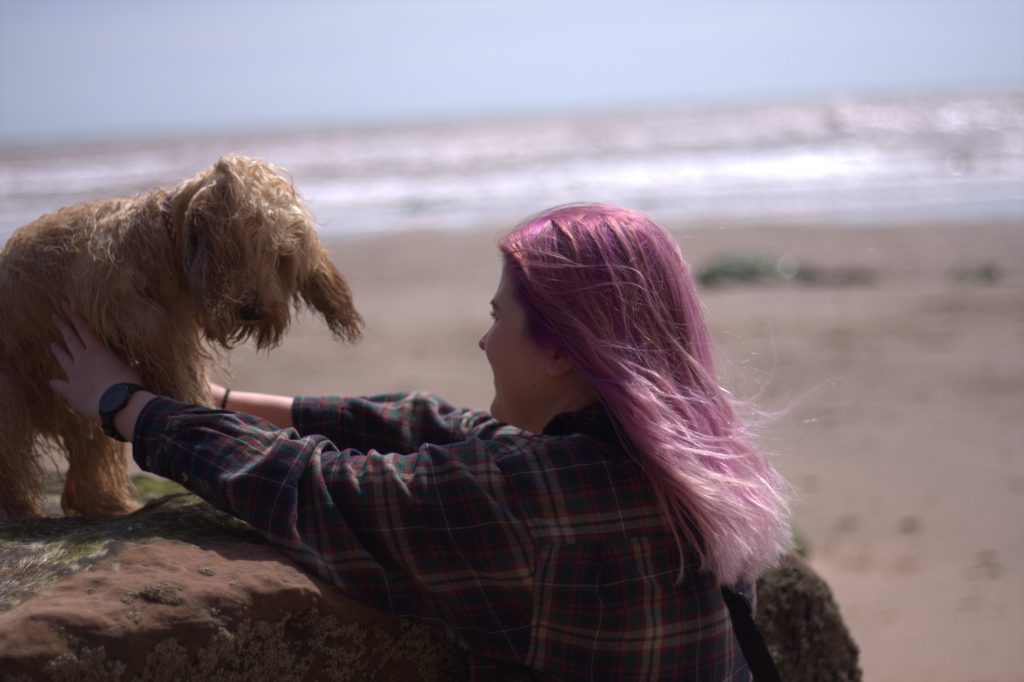 I also visited a hairdresser once my hair was just left with pink at the roots, and yellow elsewhere. She told me I’d made a grave mistake dying my hair with this brand as apparently it has bleach within the dye and has silicon/plastic in it which coats your hair and is just “impossible to get rid of no matter what you do”. She sent me away with my weird yellow-white-pink hair which upset me as I had no idea what to do. Eventually, I decided to bleach it and actually just managed to bleach the pink out with no problems (it actually lifted within seconds, but it had been in my hair for probably over a month so it was old dye – not sure how it would work with newly dyed hair). Despite the pretty colours, I wouldn’t recommend this brand due to not being good to your hair and full of nasty chemicals.

Arctic Fox was my next brand to try as I’d researched it vigorously online – blog posts, YouTube reviews, hair websites – all of them came back with amazing reviews plus it didn’t have any bad ingredients and it’s vegan as well as donating money to anti-animal cruelty organisations every time you buy a bottle. I was so excited to try this, and bought ‘Purple Rain’ and ‘Poseidon’ (a dark purple and a dark blue). The colours are very beautiful, but I was really unimpressed with this brand. My hair was a pretty light almost-white blonde as you can see and the dye just went on so patchy… my roots (which were white) came out a pale purple whilst the rest came out a dark purple and the blue only clung to certain parts of my hair – like I hadn’t even put dye on some parts (every part of my hair was saturated). 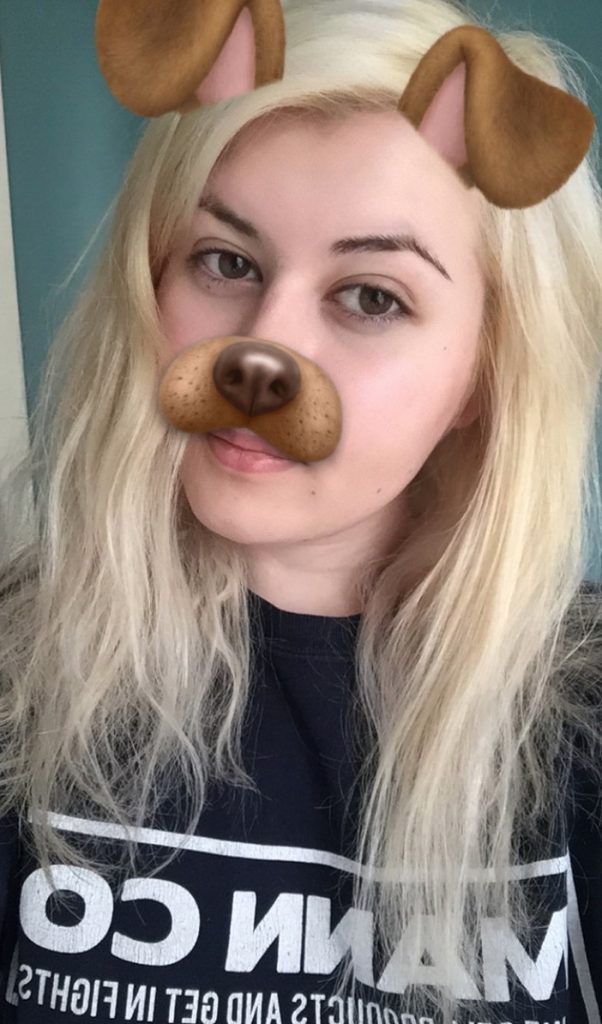 Now, I did mix the dye with conditioner to help make it last a bit longer so I’m unsure if this was the reason it went on my head so unequally, but I had to dye it twice each time I wanted to dye my hair just to make sure every part was covered (sometimes twice didn’t even get some parts). This was really disappointing because everyone had said how amazing this brand is – perhaps using this dye without conditioner is the way forward, although I just think you’d go through the product so quickly that it definitely isn’t the most wallet friendly brand. 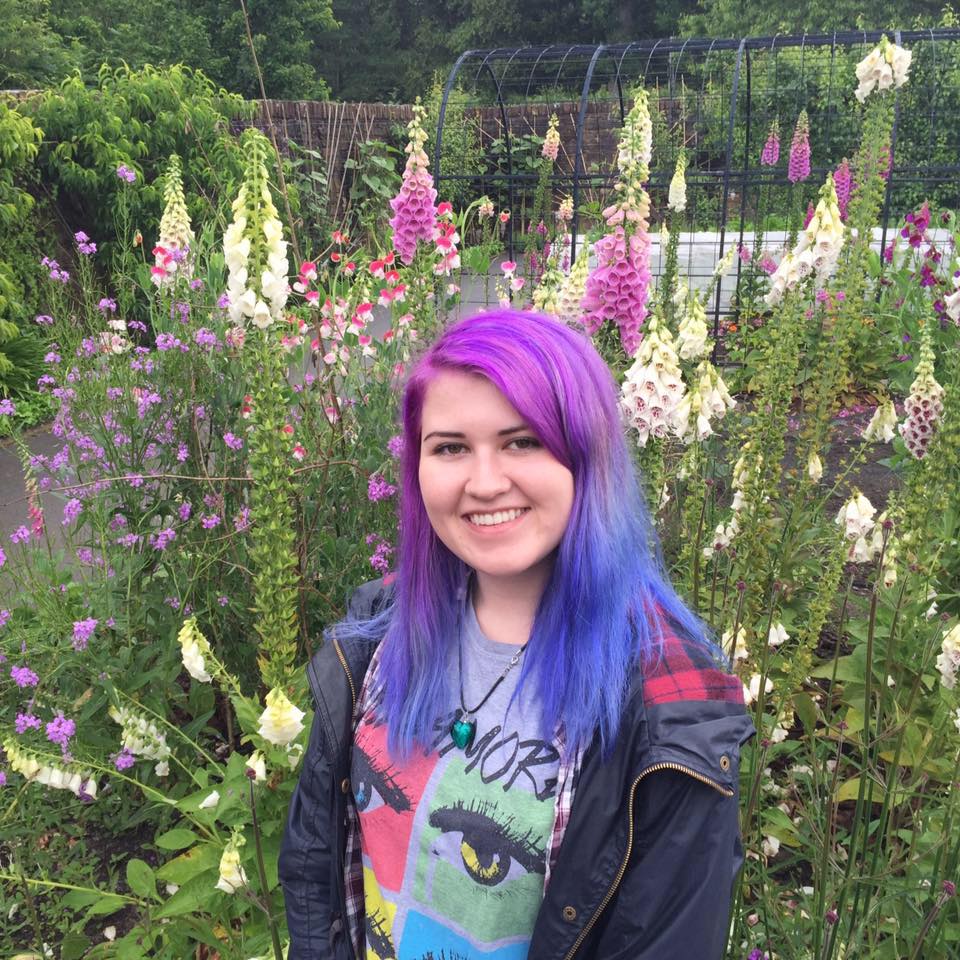 The next dye I’ve used most recently, is Crazy Color. I bought ‘Bubblegum Blue’ and ‘Candyfloss’. The first thing I noticed was that Bubblegum Blue had a turquoise colour on the front of it, which is what I wanted, but when I squeezed the dye out into the conditioner it was more of a sky blue/cobalt blue which was annoying. However, when it was actually applied onto my hair, it turned into a turquoise colour like the one on the bottle which is cool but also a bit odd. I really love the colour it’s gone, although I’m not sure it suits me well and some of my hair was too yellow so it’s gone on quite patchy. I think I will buy a couple of different shades of blue to add to it although I’m not sure if I’ll buy Crazy Color again because it took a whole bottle to dye my whole head. 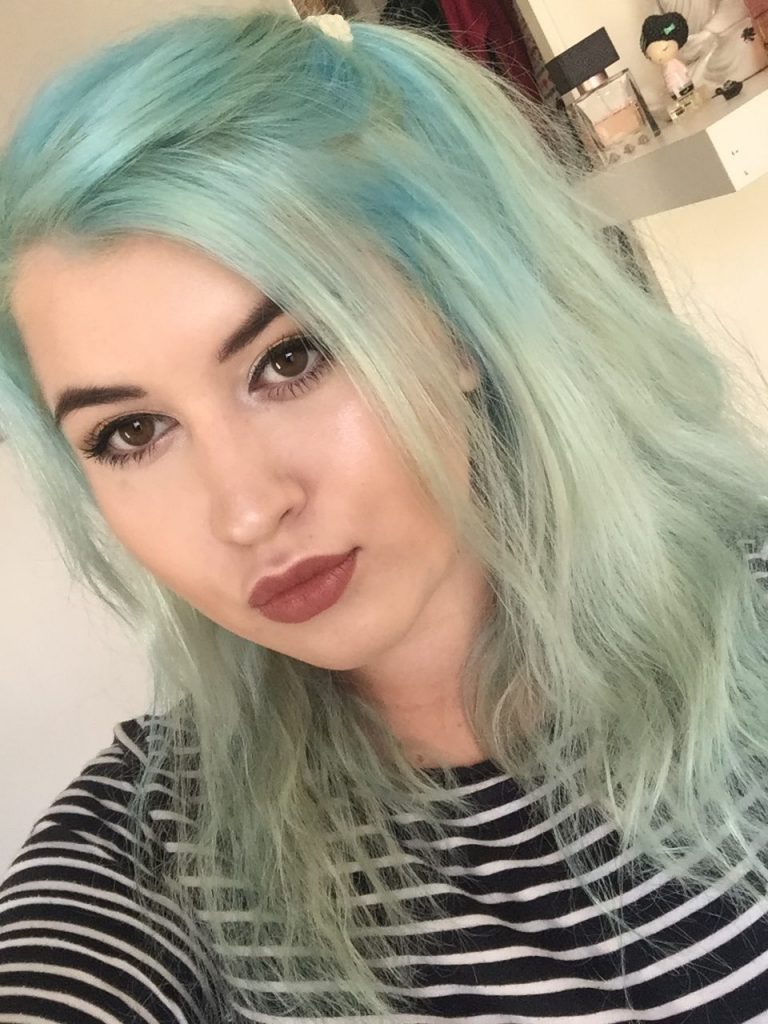 It is a beautiful colour on the roots, but I’m just not sure I can rate this dye particularly well. I think it went better than Arctic Fox but it’s frustrating that Schwarzkopf’s dye is so horrible because that one was definitely the best I’ve tried. I think my next victim will be Manic Panic as I know buying the dye in tubs is great because you only need a small amount to mix with conditioner each time.

EDIT: I re-dyed the Crazy Color and it was honestly gorgeous! I added some different shades of blue and worked that into the hair and I love it. The colour has lasted really well too.

All in all, I think Arctic Fox is great if you’re vegan and want to try something good for your hair especially if you have white hair (go to a hairdresser if you can afford!!) but if you have the money, perhaps investing in Crazy Color would be the best way to go if you’re deciding between the three I’ve tried. I also want to try Hayley William’s (one of my favourite humans on the planet) new dye brand, Good Dye Young, so if you’re wanting something cool to try then definitely go for that and let me know!!