For mine and my boyfriend’s two year anniversary, we went to Bristol for a weekend away. We had such a lovely time and I was so sad to come back home again!

I’ve been to Bristol before when I was a toddler and once a few years ago just to see a Banksy exhibition so I didn’t have much recollection of the city itself. Despite almost missing the coach by a few seconds, we managed to make our own way to Bristol! Our hotel room at The Radisson Blu was a surprise because it was way nicer and more than we were expecting considering we were in the city centre. Our first night was a blur for me as we got there fairly late and after faffing with room check in and working out where we were in relation to everything, we were starving! We decided on a Pizza Express that was just up the road from the hotel. Pretty much everything was ‘just up the road’ which was so useful. 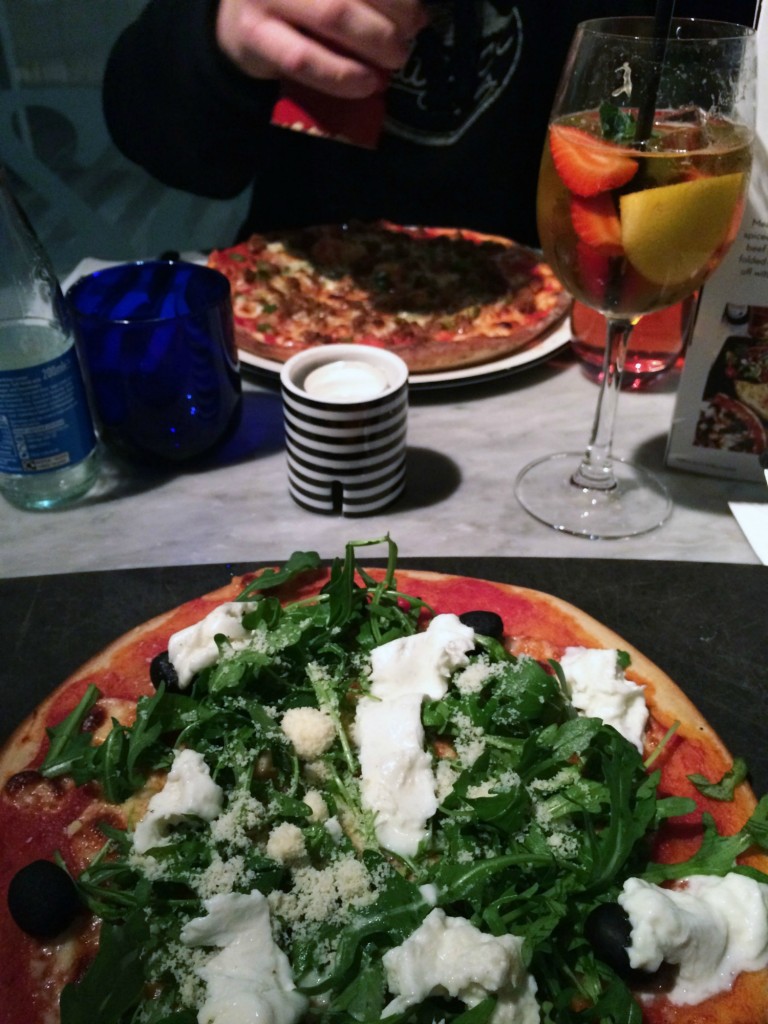 I had a Soho pizza, which was rocket, some sort of fancy cheese, olives and mozzarella on a gluten free base with a glass of Pimms which was all delicious! We had a really good chat which sounds weird but we don’t always get the opportunity to do this very often, due to either being with other people or family or not having much time, etc. After this we were exhausted as well as it being too late to do much exploring.

The next day I woke up at 8 in the morning (which just never happens) as I was so excited to be there. After managing to wake up Elliot (much to his disgust at a lack of lie-in) we set off to breakfast in the hotel. It was a breakfast buffet which is possibly one of my favourite things in the world and I managed to pack away four hash browns as well as a full English breakfast!! We then went to @Bristol, the science museum and the aquarium which were a five minute walk away and right next to each other. During @Bristol I realised I had a hole in the crotch of my jeans (nice), so after the aquarium we walked up to Primark – and let me tell you, it was one of the best Primark experiences I’ve ever had. We have one in the city we live, but it’s so small and badly organised and nothing compared to the beautiful four floors of blissful layout that Bristol’s Primark had to offer. I managed to restrain myself to just buying a pair of black jeans but Elliot promised me we could come back on our way to the coach the next day!!!

One thing I particularly loved about Bristol was the amazing artwork that the city had to offer just everywhere on it’s buildings. 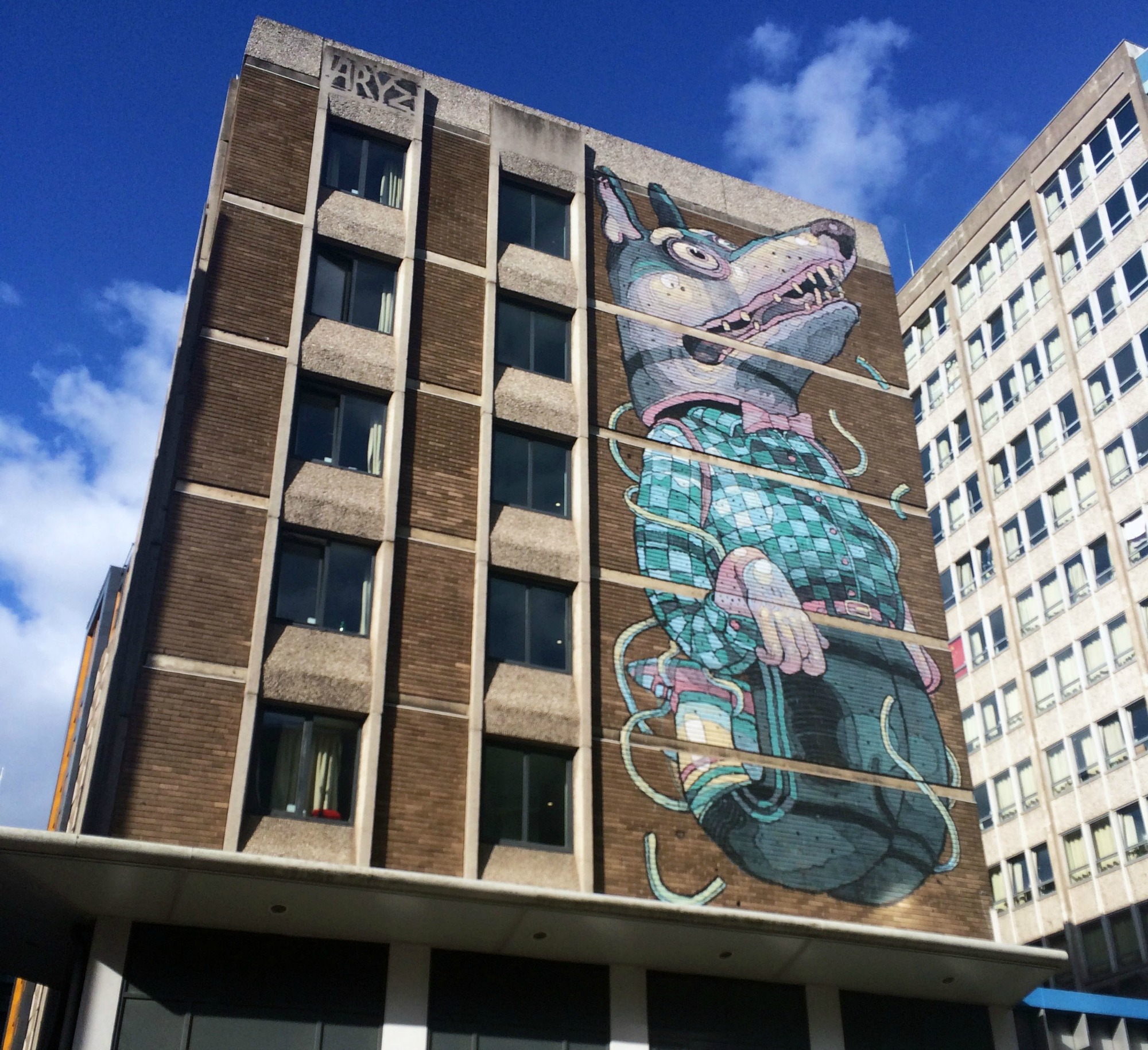 I wish I took more photos of other pieces that I saw because I find it so inspiring to be surrounded by artwork and to know that there are other like-minded people around. I found this one on our way back to the hotel to have a nap after visiting Primark. After our afternoon nap to catch up on some much needed Z’s, we were both starving. We decided on Wagamama’s this time, which is definitely one of my favourite restaurants, and again it wasn’t too far away. It meant walking past Bristol cathedral as well as the incredibly impressive Bristol University campus. 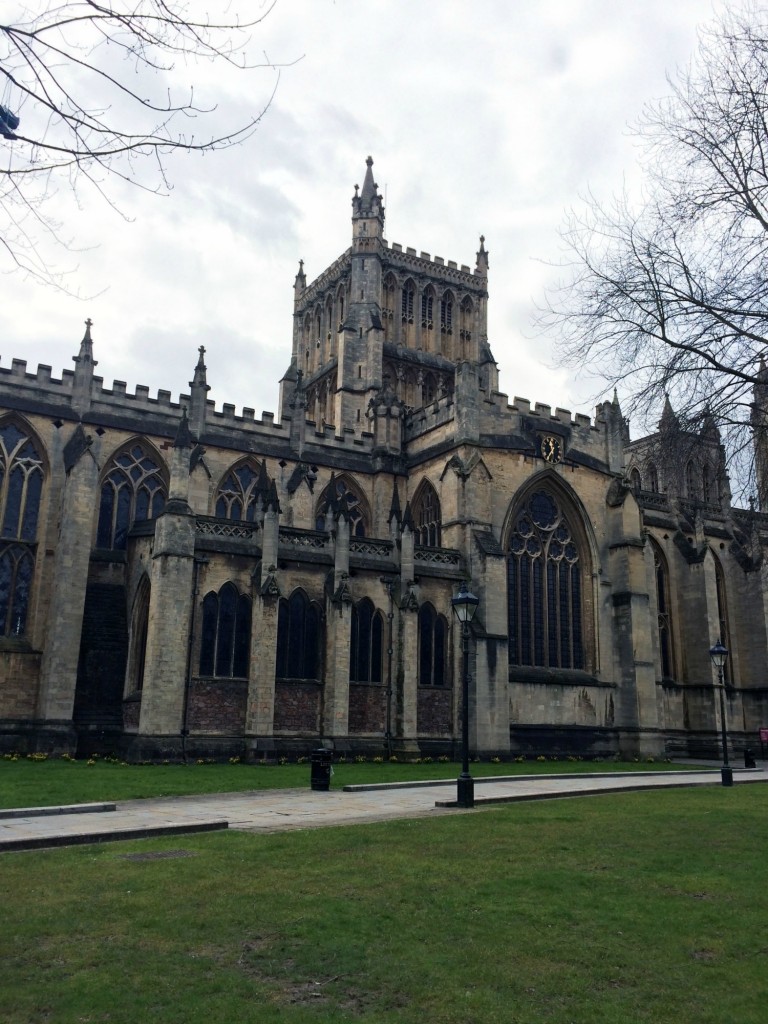 I didn’t get a decent picture of Bristol Uni and sadly I can’t consider Bristol University as an option to study at due to wanting to study graphic design (or something art/design based such as Illustration – but this will get decided during my art and design foundation diploma course in September), but I do want to visit UWE and I will most likely put this as my first option, depending on what I think of the campus and course.

Wagamama’s was crammed so I was glad we booked a table. As always I ordered my favourite chicken katsu curry and we both tried one of their fruit juices. This wasn’t exactly one of the best experiences I’ve ever had at a Wagamama’s because my meal came first and by the time I’d finished mine, Elliot’s pork ramen arrived which was awkward timing but I know they cook it all to order. 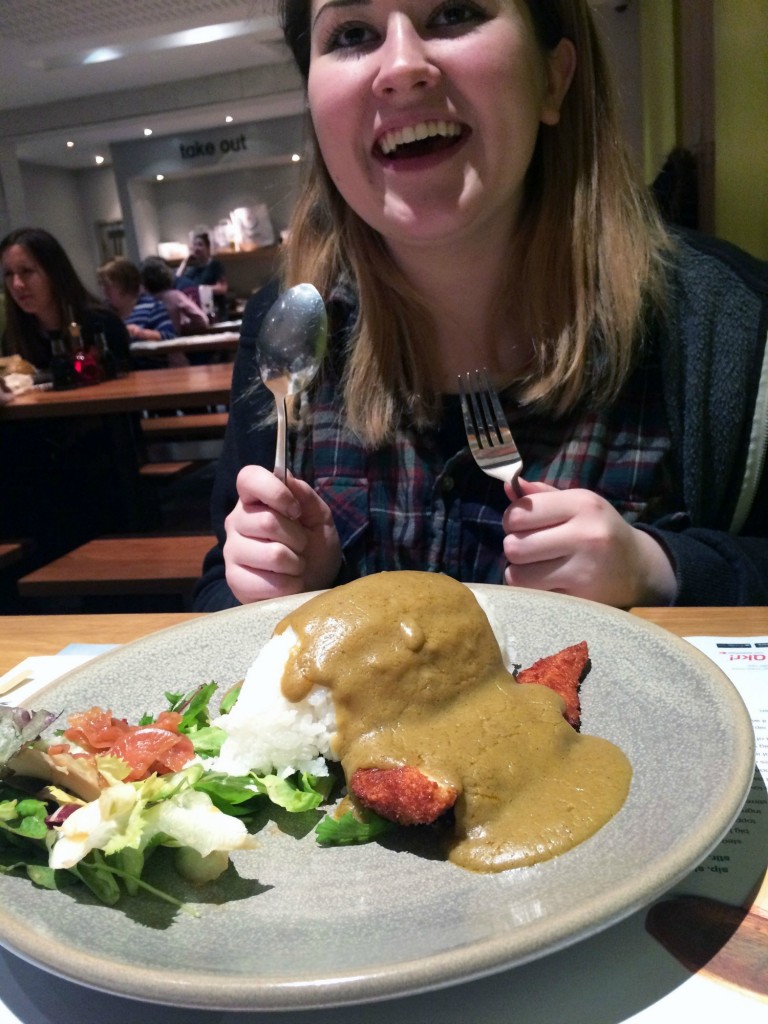 We then headed back to the hotel and I managed to spot one of Banksy’s pieces on the side of a building on the high street, and I literally dragged Elliot across the road as I ran towards it! I’ve always wanted to see one of his pieces in Bristol after seeing one of his exhibition’s at a museum years ago and after missing his Dismaland exhibition. 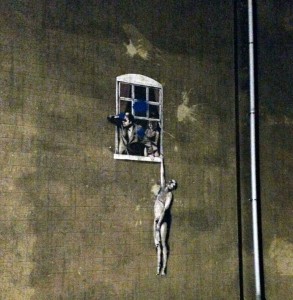 I’m sorry it’s such bad quality as it was taken on my phone at night! I also wish people hadn’t thrown paint at it but you can still see the piece! After the excitement of seeing this, we went to the cocktail bar in our hotel and I got a mojito for me and a beer for Elliot. Despite being super overpriced it was delicious! 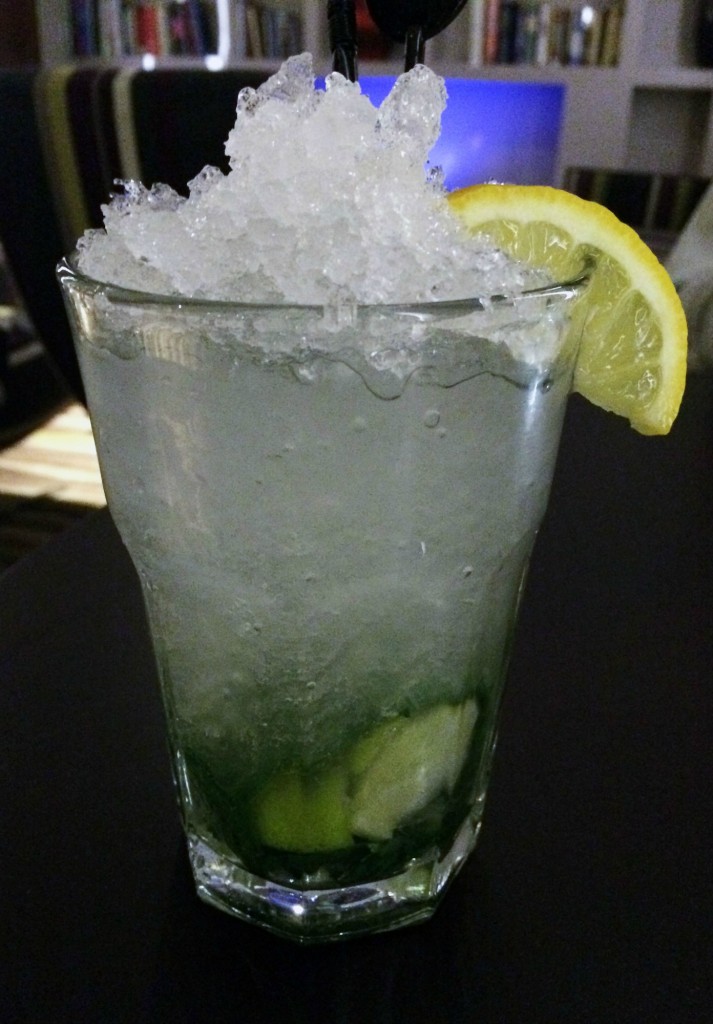 The next morning feeling fairly sorry for ourselves after getting quite drunk in our hotel room after a visit to Sainsbury’s to get some drink, we again had breakfast in our hotel room before walking to Bristol Zoo! This was actually a longer walk than I thought but it was so we could see a bit more of Bristol. 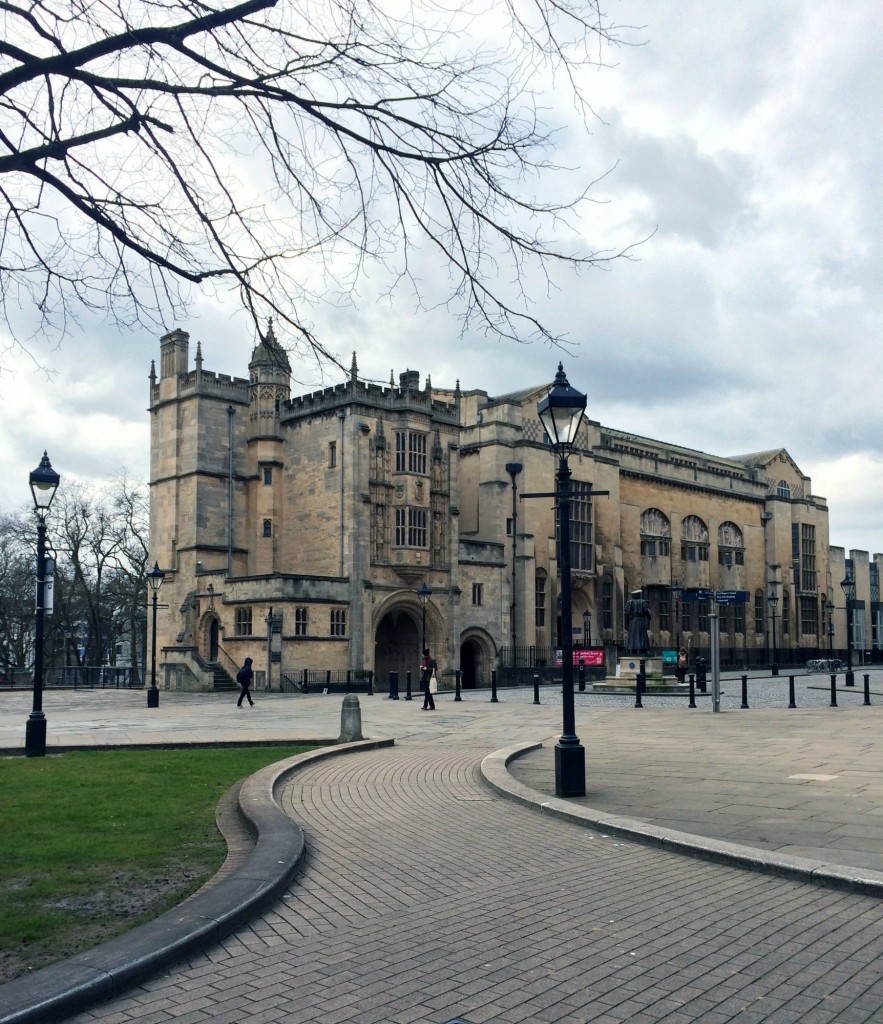 The zoo itself was relatively easy to find. It’s different to the nearby zoo we have, due to the size being a lot smaller. I didn’t like seeing the lions as although beautiful, they were pacing round and round the same patch of their cage and obviously bored and unhappy. I did enjoy seeing the rest of the animals they had though, such as the huge tortoises and other reptiles. 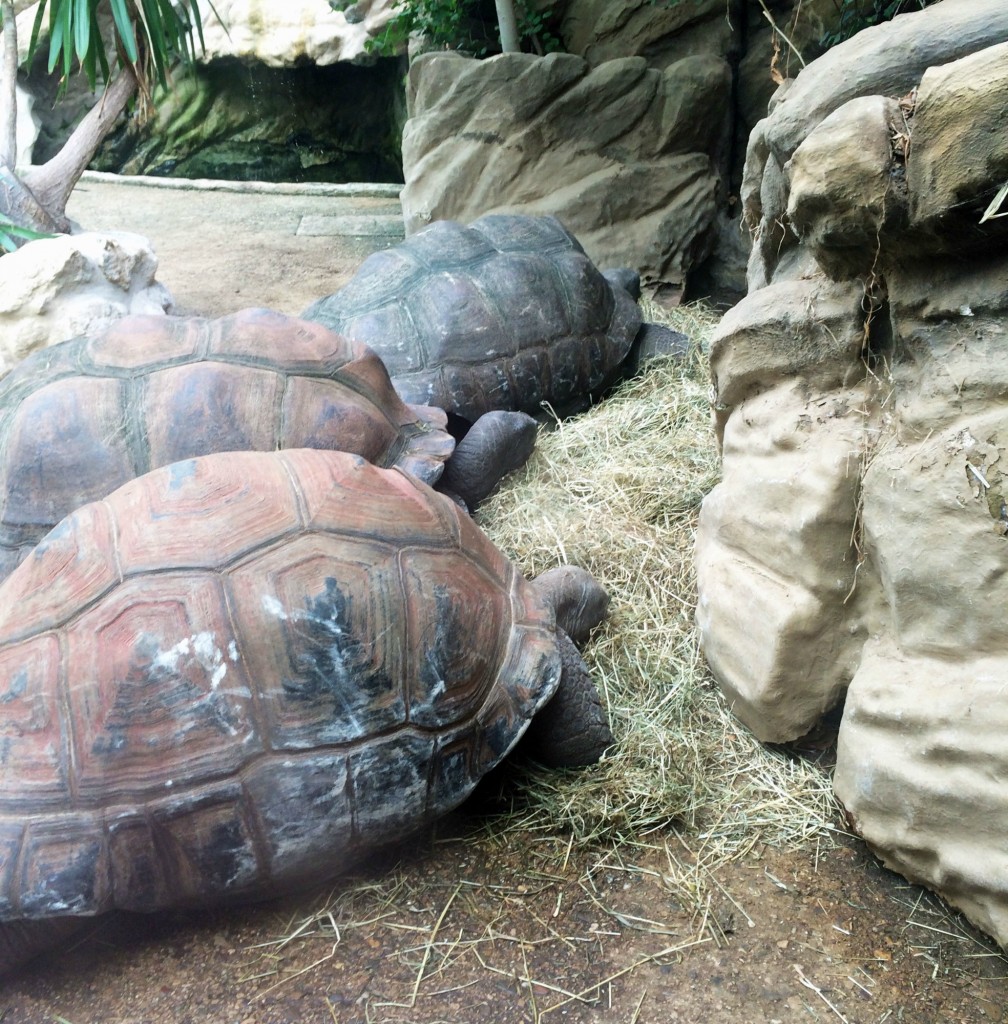 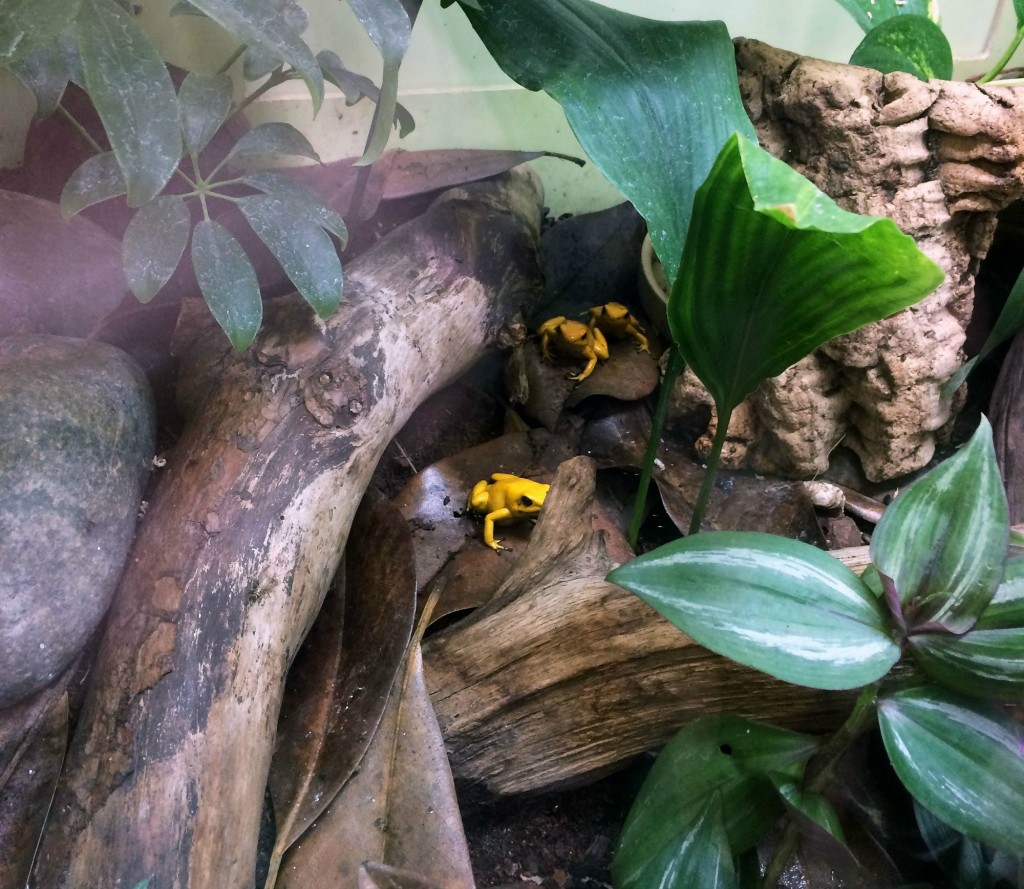 I also met the favourite animal I didn’t know I had – the capybara! They’re the biggest rodent in the world and they just look like a huge guinea pig! You can actually own them as pets in some states of America, and they love to swim. I did a load of YouTube searches for these little guys to get my fix of cute. 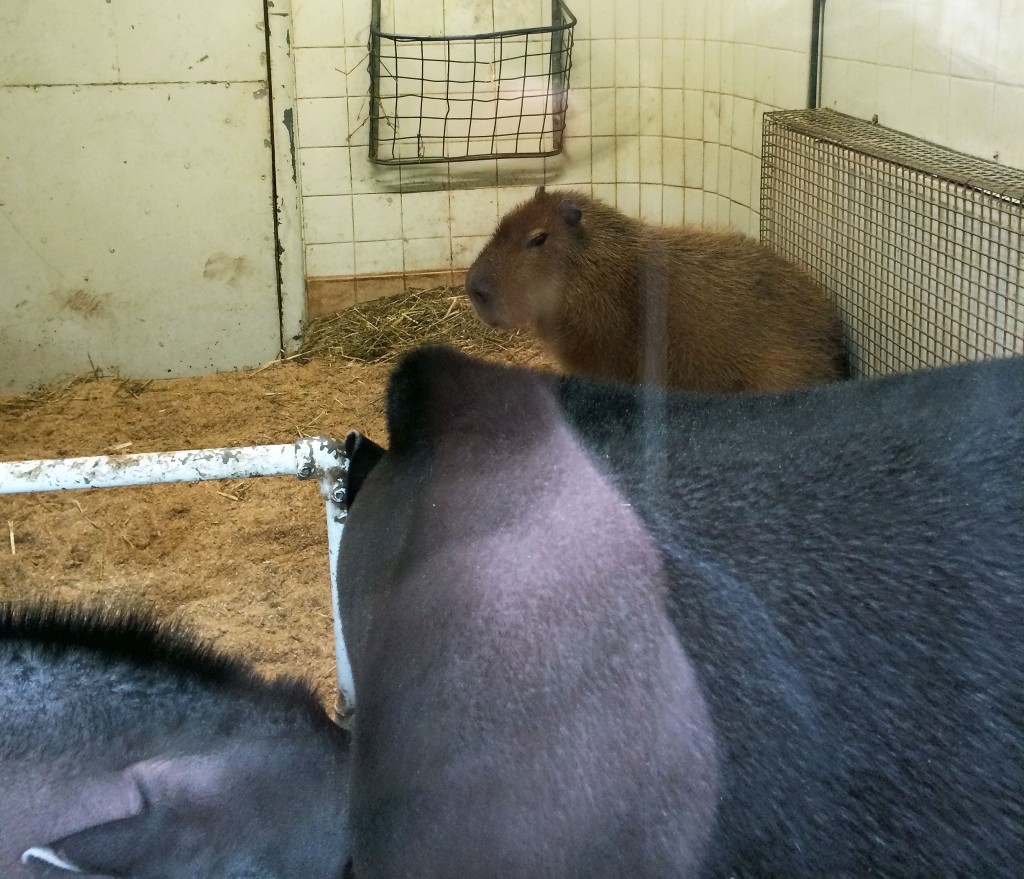 After wondering round the zoo, we went back to the hotel to get our bags and then made the walk up to Primark to have another look round. Obviously I couldn’t leave without getting a few things – a plain black jumper, a t-shirt with ‘It’s all good’ on it and a plain blue button-up long sleeved floaty top! We then waited a while for our coach to arrive before dozing on the way home! We had a great time and I can’t wait to go on our next adventure together!